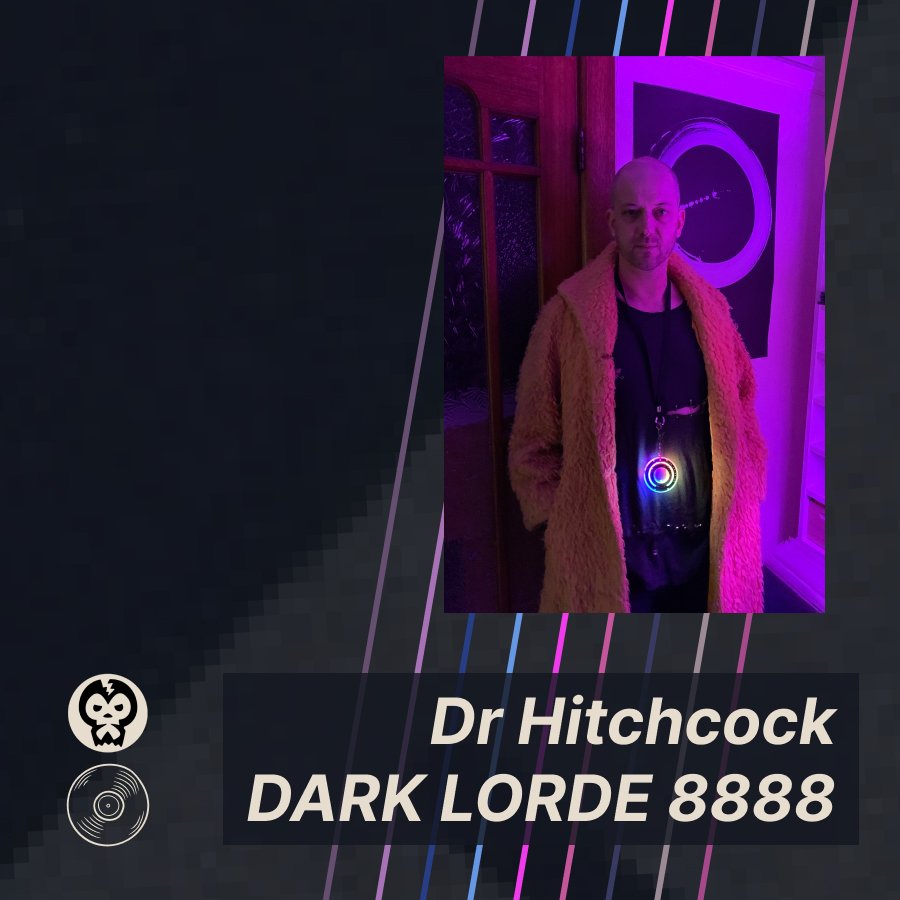 A dark 303 acid bassline and spacious 808 drums drive the listener on, as melancholic keys from the Microfreak encourages them to look around. Before too long a distant voice shares what we’re really here to do. Dr Hitchcock describes his new track as a “Stumble-trip through the dark cyber valley on your way to the pixelated castle high up on the hill.”

Over the years Dr Hitchcock has run indie dance club nights, such as the Mixtape Connection, launched underground Internet radio station 8K.NZ, programmed the airwaves for independent FM station RDU 98.5 and released the Ōtautahi (Christchurch) mix CD “This is NOT the Christchurch Sound – Vol. 1”. 2022 sees his first solo effort hitting the ones and zeros.

The past seven years have been a little quiet on the music front due to his young family, but six months ago during preparation for the move from Ōtautahi to Narrm (Melbourne) he caught the synthesiser bug. “Dark Lorde 8888” is what he hopes will be the first of many songs to come.

This is not the first time Dr H and Ben have played together. In 2007 they collaborated on the Electro Pussy Posse (EPP) track “Minor Enlightenment” which closed the “This is NOT the Christchurch Sound – Vol. 1” compilation.

“Dark Lorde 8888 feat. Ben Johnson” by Dr Hitchcock is available on Bandcamp, Soundcloud and all the usual streaming platforms.