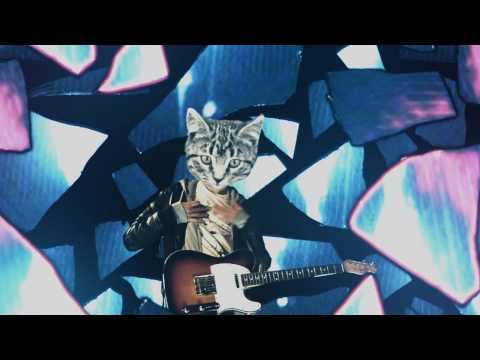 Finding myself as a new appendage in a newer city, it struck me like a tour bus yesterday that it was high time I absorbed a little Wellington culture. So I did, by heading blinkingly off into the night to see one of my favourite bands… from Christchurch. It had been a while since I’d seen the young scenesters, Bang Bang Eche, in person. Despite splitting a plane with them to Auckland in January, November was the last, where, sharing a stage with Wellington band New Friend, BBE embarked on a whisky fuelled debaucherous, yet comical, set, punctuated by missed timings and mid-song fistfights (Charlie and Zach spent Nike throwing shoes at each other). However, if BBE were a cow, last night’s set with Batman Tiddabades was the cream.

Sidestepping pre-teens with eyes glazed from indulgence at the Homegrown festival, I made my way to Mighty Mighty, and was lucky to get in. The smallish venue was packed to its offbeat and creaking rafters with opshop hipsters, all jiving to the brutish beats of Batman Tiddabades. Despite only forming this year, the boys have built quite an empire. Once they’ve ironed out a few geling issues and manage to drive their grooves from the pocket, they’re truly a force to party with.

BBE appeared around an hour later in a roar of synths and hi hats, and within seconds had toes twitching, heads nodding, pours dripping and floorboards creaking the room over. The kids have definitely permeated the Wellington market with on mass rap alongs and yelps of joy from kids who recognised the opening bars from each of their myspace classics. Four To the Floor evoked waves of fist pumps, and a choral sing along that could have been heard from Masterton. They did, however, grind out as many new tunes as old and their sound showed a new maturity and development. Their new songs are both dancier and punkier, and will sound incredible on record. Here’s hoping that SXSW is going to be the starting gun for future success, and the next time I see them is in an arena somewhere.

Did you go to the gig? What did you think? Have you say and comment down below or if you want you own review posted on Starlifter.TV, email it to: starliftertv (at) gmail.com